The Lure of the Amulet 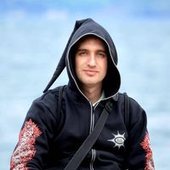 By springbringer,
February 4 in Downloadable scenarios