The Vengeance of Penthesilea 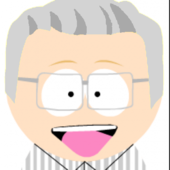 By garbetsp,
August 24, 2019 in Official scenarios